The Curious Stand of Liberals on the Trump/Kim Summit 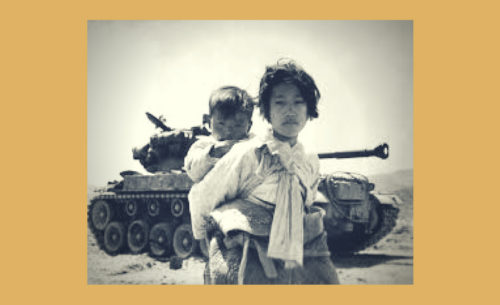 The Curious Stand of Liberals on the Trump/Kim Summit

As the Donald Trump/Kim Jong-un summit approached I had this increasingly uneasy feeling about the responses of many liberals.  Whether you were watching MSNBC or reading a number of generally progressive blogs, there was this theme being promoted that the main danger in the upcoming summit was the alleged duplicity of the North Korean regime and that, as a consequence, there was a fear that Trump would give away the store.

I think that it is important to step back from the pit for a moment and reflect on this situation, particularly in the aftermath of the summit.

No matter how loud Chris Matthews rants, the reality is that the USA has proven itself to have been an historical threat to North Korea since the Korean peninsula was divided at the end of World War II.  This is not an apology for the behavior of North Korea nor am I expressing support for the regime.  Rather this is a statement of fact.  The USA recruited former collaborators with the Japanese colonial government to rule South Korea after 1945; they assisted these former collaborators in suppressing dissent in South Korea prior to 1950; they turned what was, in effect, a civil war into an international conflict in 1950; they devastated every city in North Korea during the Korean War with the resulting millions of civilian deaths; they may have utilized bacteriological warfare during the Korean War; they carried out numerous destabilization efforts against the government of North Korea since 1953; and, secretly, they located nuclear weapons in South Korea for years.

Leaving aside the regular and predictable threats from the US military or opportunist US politicians to demolish North Korea, it would seem to me that North Korea would have every reason to be distrustful of the USA.  Added to this was the conclusion that the North Koreans obviously drew from the US invasion of Iraq, i.e., that the USA was prepared to carry out regime change when they believed that the time had arrived IF there was no danger of a nuclear exchange.  Added to this, of course, was the Trump administration breaking the Iran nuclear deal.

Given this history, which I have barely touched upon, why are the liberals warning of how the North Koreans might get away with murder?  I am obviously no fan of Donald Trump, but an agreement to end US/South Korean military exercises is, potentially, a major step in de-escalating what we have all known to be a situation that could easily devolve into war, whether nuclear or conventional.

I understand the hatred that many of us have of the Trump administration.  I also understand the confusion that Trump is causing internationally, e.g., provoking conflict with Canada.  I also understand that Kim Jong-un is highly unpredictable and no socialist humanitarian.  But we in the USA must acknowledge that there have been efforts for years on the part of the Korean people to normalize relations between the North and the South.  The North Koreans have, for instance, made it clear that they want a peace treaty to formally end the Korean War (in 1953 it was only an armistice signed to end the fighting).  The Clinton administration came to an arrangement with North Korea that appeared to be moving in the right direction, only to have that upended by the Bush administration.  And, until very recently, it appeared that Trump wanted to provoke a war with North Korea.  Therefore, why should any progressive people warn of a danger from North Korea?  Why aren’t we warning of US duplicity and jingoism*?

The South Korean people have, in large numbers, pushed for normalization.  In fact, the summit between Trump and Kim could have only happened as a result of the efforts between North and South Korea towards normalization, which included joint participation in the Winter Olympics.  If there is to be a Nobel Peace Prize, by the way, it should go to the leaders of North and South Korea.  Trump can get the booby prize.

One does not have to applaud Trump to understand that coming to some sort of arrangement with North Korea is to the advantage of the Korean people; the region of northeast Asia; and the people of the USA.  But what is equally important is that we interrogate the history of the US’s relationship with Korea and understand which power has been the main source of instability, threat of war and, indeed, creating a climate that encouraged state paranoia within North Korea*.

Let’s stop acting as if the USA is the victim.

*Jingoism is the extreme belief that your own country is always best, often shown in enthusiastic support for a war against another country

*A brief overview on U.S. intervention/impact in The Korean War. For more on the history of the US and Korea read our “Let the Games Begin: 20 Things You Need to Know About the US Playing with Korea’s Right to Self-Determination” 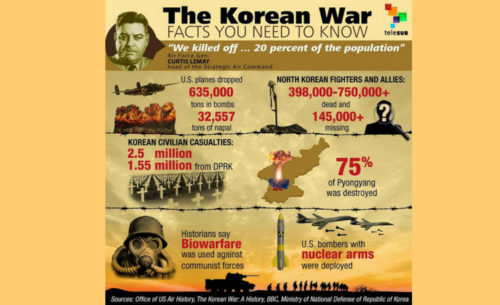