The Road / El Camino Statement on the Orlando Massacre 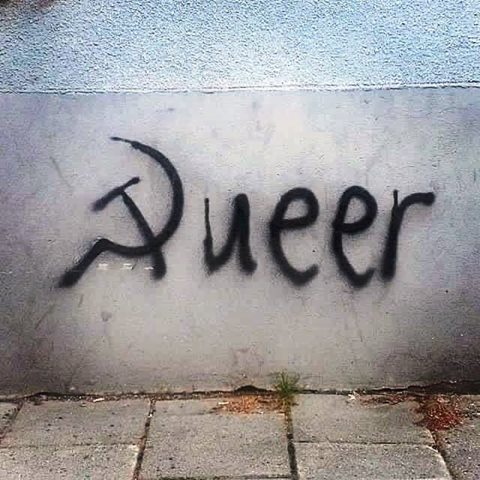 Liberation Road/El Camino Para La Liberación (The Road/El Camino) wants to express our sadness and anger at the Orlando massacre and to affirm our ongoing commitment to gender liberation as central to all struggles for human emancipation. We lift up the contributions of the Lesbian, Gay, Bisexual, Transgender, Queer and Gender non-conforming leaders and members in our organization and in every movement for justice.

We deplore the Orlando massacre as a hate crime against LGBTQ+, Brown and Black people and communities. This targeting of LGBTQ+ & Latinx communities is a tragic example of the ongoing attacks those communities experience every day in the US. More than 1300 hate crimes against LGBTQ+ individuals were reported last year, which we know is only a fraction of the total. Trans women and LGBTQ+ people of color are intensively under attack: of 20 LGBTQ+ murders last year, 80% were people of color and more than half were transgender women of color. And 400 years of massacres on this territory (including Wounded Knees, Sand Creek, Thibodaux, Rosewood, Greenwood, Rock Springs) have nearly always included genocide, targeted native Americans, African-American, Chicanos, Chinese Americans and/or organized workers (Ludlow, Matewan, Centralia, Haymarket).

The Orlando massacre highlights the role of LGBTQ+ individuals and communities as freedom fighters who, because they reject society’s gender norms, are viewed as a special threat by those who rely on hate, repression and division to rule us. While one man pulled the trigger, the massacre was fueled by right-wing Republicans who have led the backlash against LGBTQ+ civil rights victories. We call them the “New Confederacy” because, like the “Old” Confederacy, their aim is maintain minority rule by consolidating a militant conservative and racist white base, an increasingly repressive state, and a restricted voting franchise. New Confederates aggressively defend their twisted ideals of all-powerful, dominating masculinity. They work hard to legalize hate and discrimination: just this year, New Confederates have introduced more than 100 anti-gay and trans bills in the 23 Southern and Midwestern states where they control both the state legislature and governor’s office. In the past few months the New Confederacy has rallied the forces of hate to ban North Carolina cities from passing LGBTQ+ anti-discrimination ordinances; to bar transgender people from using bathrooms that match their gender identity; and to allow mental health professionals in Tennessee to refuse to treat LGBTQ+ patients.

The New Confederacy put the high-capacity weapon in the hands of the PULSE killer with its embrace of gun rights and “Stand Your Ground” laws. Their toxic white supremacism targets Black and Brown communities with voter suppression, inequitable sentencing laws and private prisons as well as privatized public schools and public services. They also block immigration reform, support new border security laws and oppose debt relief for Puerto Rico, the US territory/colony that was home to almost half of the PULSE murder victims and many other economic refugees.

Now the New Confederates dare to hijack the massacre that is itself the product of their own fear and hate to justify their increasingly dangerous agenda. They are stoking a cynical hatred and suspicion of Muslims; restricting immigration and targeting immigrant communities. They are using the massacre to justify increasing surveillance, even greater militarization and global intervention. We say NO!

We will continue to fight the New Confederacy and to unite with the forces of love and liberation. We are building a revolutionary movement that can reach the gay club standard that comrade Cazembe described in his article, Pulse: Lessons from the Gay Club toward Collective Liberation: “We saw each other for who we really were, we loved each other and validated each other.” And we are turning that love into collective action, as revolutionaries always have.