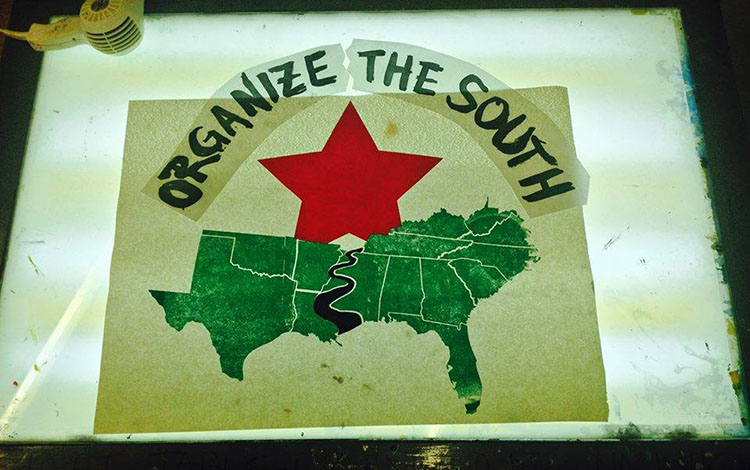 On June 17th, 2016, Dylann Roof, a 21 year old white man, entered Mother Emanuel AME Church, a pivotal institution in the Black liberation struggle in Charleston, South Carolina. He joined the evening’s prayer meeting. An hour later he took out a gun and murdered nine of the parishioners, intentionally sparing woman’s life so she could tell the tale. Radicalized by the Council of Conservative Citizens, an online white nationalist organization, Roof’s online manifesto declares that his intention was to incite a race war.

In the three weeks since, over 20,000 people have marched in South Carolina in solidarity with the victims’ families, demanding the removal of the confederate flag from the state capitol. Eight Black churches were burned down in 10 days. Bree Newsome from Charlotte, NC, where one of those churches burned, made national news – scaling the pole at the SC state capitol and taking the flag down. Dozens of confederate statues across the US have been tagged with the phrase #BlackLivesMatter, the slogan of the dynamic movement that’s exploded across the US in response to the epidemic of racist police murders. Republican lawmakers are battling it out in legislative sessions, culminating in a decision to remove the flag from the South Carolina State House which was carried out on July 10. Nonetheless the Klan has announced a pro- Confederate flag rally in Columbia, SC next Saturday, and a weeklong training institute the following week in Arkansas on how to grow the white nationalist movement.

This tremendous flurry, including a visible resurgence of Klan activity, raises a number of important questions about how we analyze and respond in this moment: Is the struggle over the confederate flag solely symbolic? Or does it provide a context to catalyze broader structural reforms and continued militant action? Does this signal the beginning of an upsurge of Klan activity or the last gasps of a dying movement? What are the different roles we can play from where we’re positioned in the broader movement (i.e. labor unions, faith institutions, non-profits, white and Black activists, queer folks of color)?

It will take some time to unpack these questions and the lessons of this moment. In the meantime however here are some initial thoughts on approach: First, this is a moment for those of us on the left to highlight the connections between white vigilante violence, the radical right, and the ruling class. This is not news to us, but right now we have a platform to reach a mass audience. Recent articles have been published by The Guardian, The New York Times, and The Nation detailing links between white supremacist groups and the GOP.

Now is the time to force prominent figures on the Right to take a position – isolating the most radical elements and creating a split between moderates and their traditional social base.